Traces is a performance that embodies acts of self-reflection, acknowledgement, and responsibility to the land. The performance and its remnants are exhibited in disparate locations, and in turn waver between being both invasive and reasonably unintrusive. By tracing the lifeline scars of the emerald ash borer through charcoal transfers, I am completing my own survey of infected trees at Mallorytown Landing, while also referencing connections between unreconciled histories of colonial expansion and pressing conservation issues. Another component to Traces (2017) is on temporary display at Modern Fuel Artist-Run Centre, Kingston, ON. 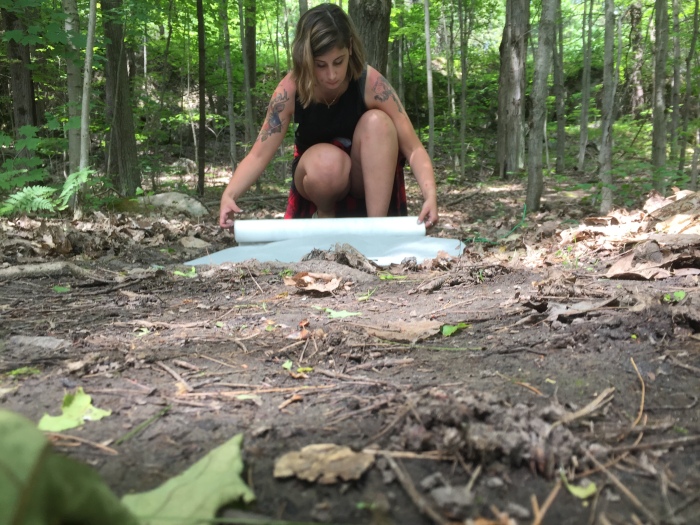 LandMarks2017/Repères2017 national curriculum brought curators and artists into conversation with faculty, undergraduate and graduate students from 16 participating universities across the country, generating new forms of experiential learning and site-specific artworks that showcase the diverse talent of Canada’s emerging artists.

This series of works by Queen’s University graduate students addresses “unmarked” histories and prioritizations of space within the national park setting through sense-driven engagements, performances, and temporary installations. Each interventionary work represents and re-imagines various acts of visiting – with the land, stories and relations at Thousand Islands National Park.